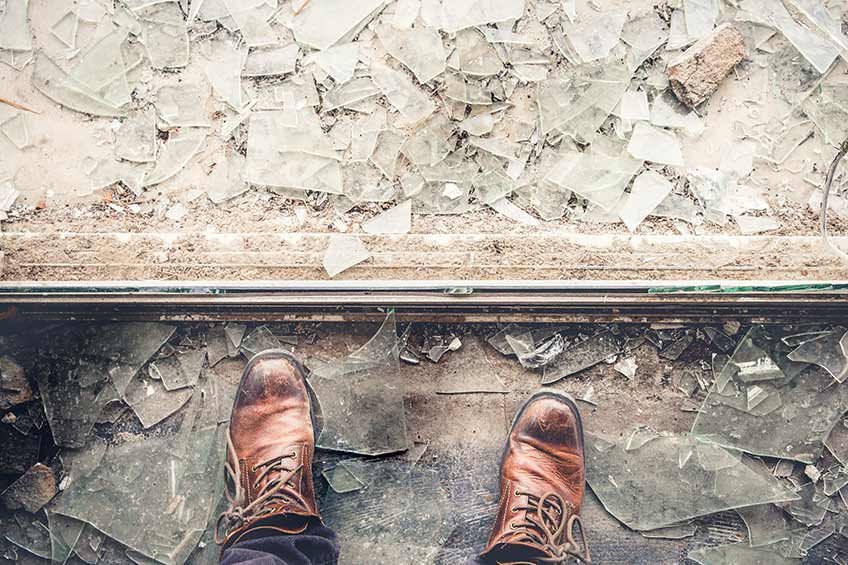 If you’re concerned about security in your neighborhood, 3M home security window film can help! It is an affordable and practical solution that can make your home less vulnerable to crime in several different ways. Not only does it strengthen windows making them harder to break and shatter resistant, but it slows or deters criminals from getting inside.

Let’s face it. While windows and glass doors enhance your home’s beauty with natural light, they also create vulnerable points in the home.

How Prevalent Is Forcible Entry?

According to statistics from the federal government, more than 3.7 million homes in the U.S. have break-ins annually. That’s about one home every 7 minutes. An even more alarming statistic is that in 28% of cases, someone was home during the crime. About one-fourth of those who were also home were victimized in one way or another.

Protecting Your Home Can Be Expensive

Home security window film can protect your home from crime in several different ways. Here are three of the most important:

Window Film Strengthens Windows So They Are Harder to Break

Home security window films add 8 millimeters of polyester film to your windows. This polyester film is composed of many micro-layers. This patented technology makes the film extremely tear,  shatter and abrasion resistant.

Whereas a burglar may expect to hit the window once and shatter it, it will take multiple attempts to break through a glass window enhanced with window film. If anyone is home, this granted time may alert those inside the home that something is amiss so they can call for help or escape to safety. And since most criminals are looking for easy targets, the criminal may simply give up and leave. Even if they stay and hit the glass until they break through the film, the tear resistant properties make it difficult to create a passage.

3M™ Safety & Security Window Films design helps to hold glass intact when windows are shattered. This leaves the home invader faced with layers of film and broken glass that are intact and difficult to penetrate. If they shatter a window that doesn’t have security window film, they could climb through the window opening within seconds. Entering a home through a window with window film takes more effort and time. This buys your family precious time to get to safety or call the police. As an added bonus, this same feature of home security window film will also protect your family from flying glass shards in the event of storms, natural disasters or explosions.

3M™ home security window films can be customized for additional security benefits. For example, you can use them in conjunction with 3M™ Impact Protection Attachment Sealant. This adhesive attaches to the frame of the filmed window anchoring the film to the frame of the window. This allows for an even higher level of protection against crime. In addition, you can combine these films with other types of 3M™ films with features like sun control to reduce glare and reduce energy bills in the summer.

PA Window Tint Inc. began serving central Pennsylvania in 1993 and has since extended service to New York, Maryland, and New Jersey. Today, PA Window Tint is a 3M Prestige dealer, which identifies our company as a member of the elite network of dealers in the country which are entrusted with offering 3M’s highest quality products and providing impeccable installations. Give us a call at 1-866-329-0064 or fill out a form online.